Letter 147: From redbox to ballot box, everyday the Tories fail to talk about the economy is a wasted day. 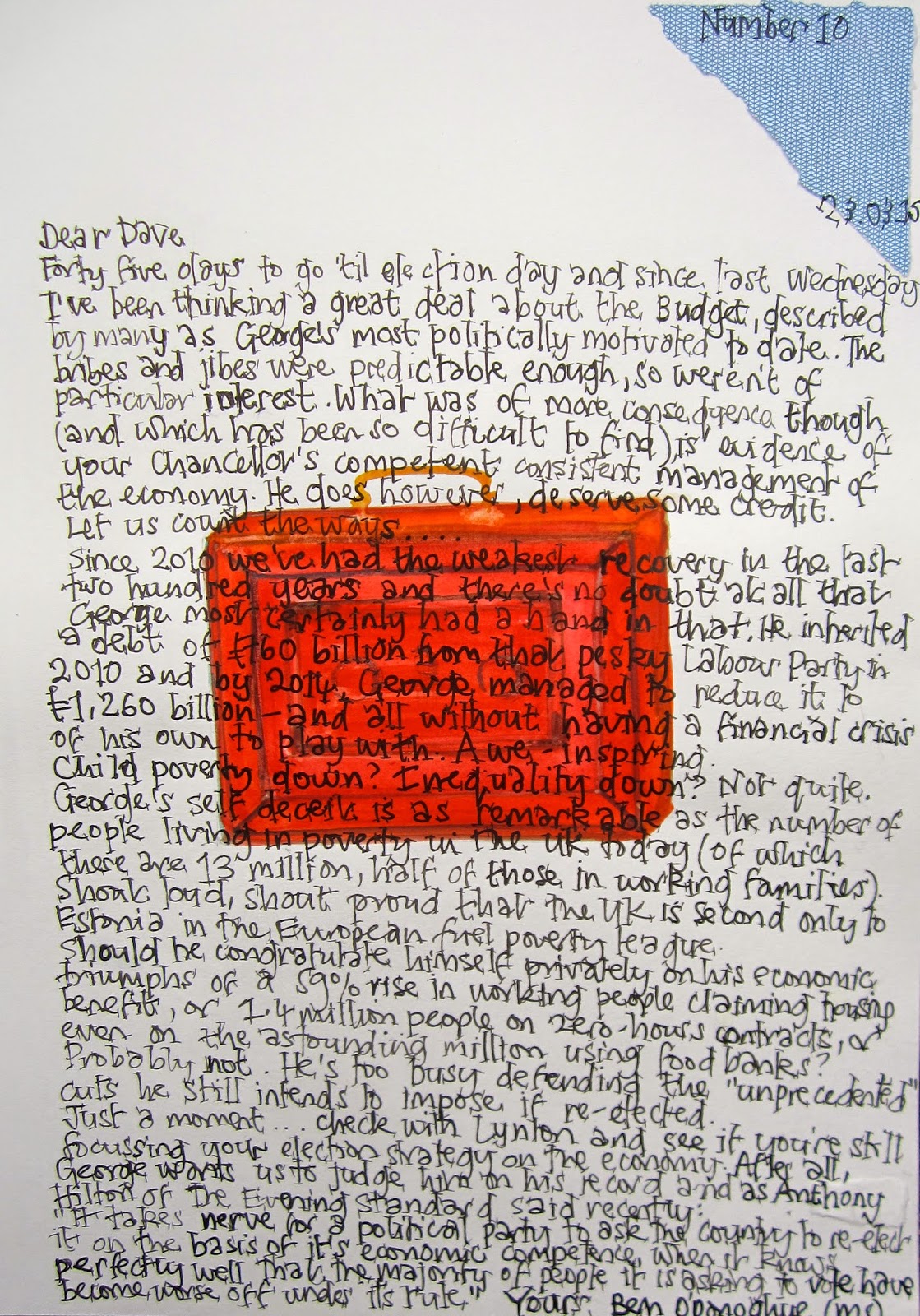 'Dear Dave,
Forty five days to go 'til election day and since last Wednesday I've been thinking a great deal about the Budget, described by many as George's most politically motivated to date. The bribes and jibes were predictable enough, so weren't of particular interest. What was of more consequence though (and which has been so difficult to find), is evidence of your Chancellor's competent consistent management of the economy. He does however, deserve some credit. Let us count the ways...
Since 2010 we've had the weakest economic recovery in the last two hundred years and there's no doubt at all George most certainly had a hand in that. He inherited a debt of £760 billion from that pesky Labour Party in 2010 and by 2014, George managed to reduce it to £1,260 billion - and all without having a financial crisis of his own to play with. Awe-inspiring.
Child poverty down? Inequality down? Not quite. Georg's self-deceit is as remarkable as the number of people living in poverty in the UK today (of which there are about 13 million, half of those in working families). Shout loud, shout proud that the UK is second only to Estonia in the European fuel poverty league.
Should he congratulate himself privately on his economic triumphs of a 59% rise in working people claiming housing benefit, or 1.4 million people on zero hours contracts, or even on the astounding million using foodbanks ? Probably not. He's too busy defending the "unprecedented" cuts he still intends to impose if re-elected.
Just a moment... check with Lynton and see if you're still focussing your election strategy on the economy. After all, George wants us to judge him on his record and as Anthony Hilton of The Evening Standard said recently:
"It takes nerve for a political party to ask the country to re-elect it on the basis of its economic competence, when it knows perfectly well that the majority of people it is asking to vote have become worse off under its rule"


we are looking for guests

if you could speak about your speacilist subject of interest on my radio show times flexible but 3pm eastern time 12 pacific and 8pm uk time preferred.

Let me know what you think and I will send over details of how to connect.


If you have any images websites and a short bio that would be appreciated.