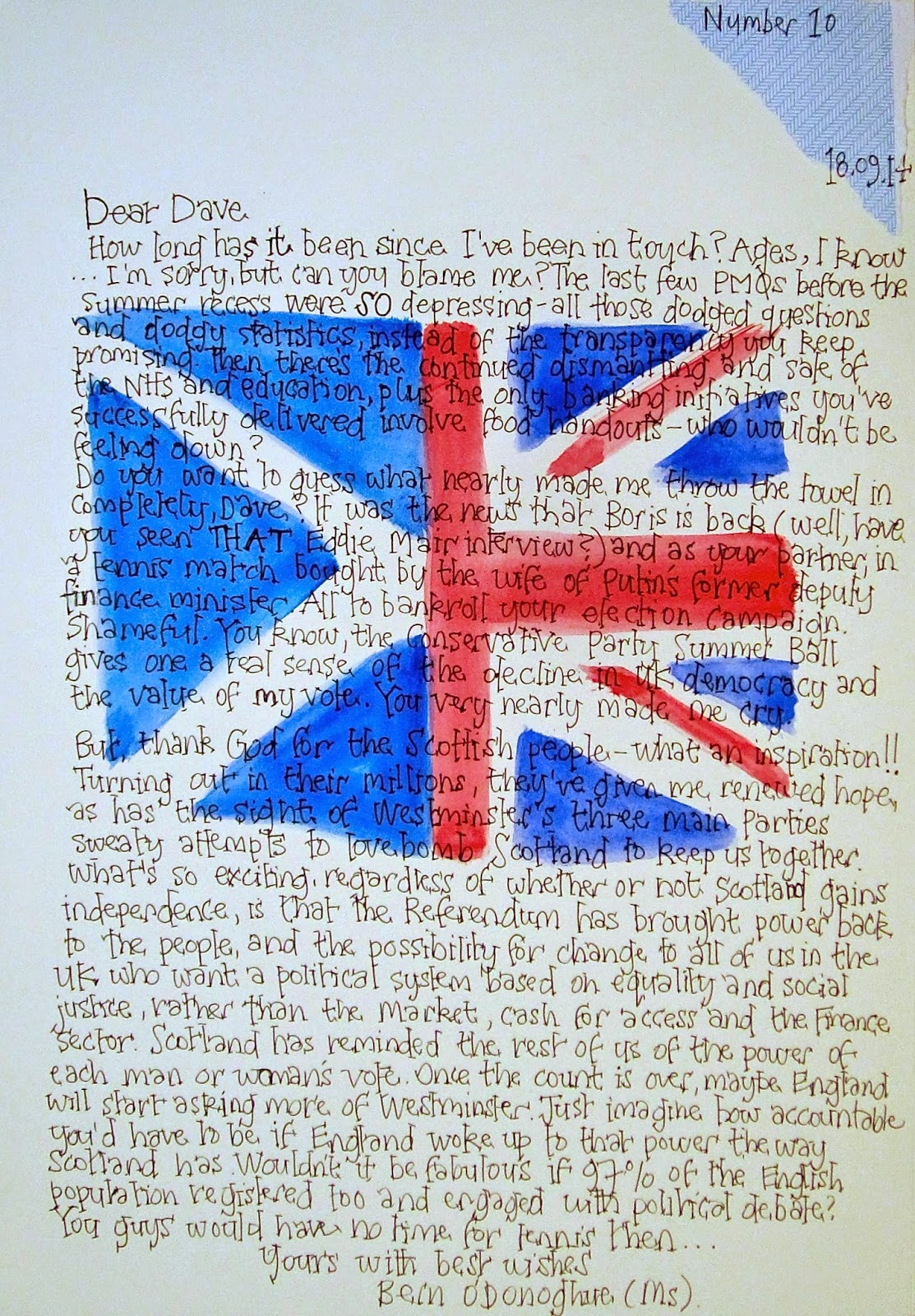 "Dear Dave,
How long has it been since I've been in touch? Ages, I know... I'm sorry, but can you blame me? The last few PMQs before the Summer recess were SO depressing - all those dodged questions and dodgy statistics, instead of the transparency you keep promising. Then there's the continued dismantling and sale of NHS and education, plus the only banking initiatives you've successfully delivered involve food handouts - who wouldn't be feeling down?
Do you want to guess what nearly made me throw the towel in completely, Dave? It was the news that Boris is back (well have you seen THAT Eddie Mair interview?) and as your partner, in a tennis match bought by the wife of Putin's former deputy finance minister. All to bankroll your election campaign. Shameful. You know the Conservative Party Summer Ball gives one a real sense of the decline in UK democracy and the value of my vote. You very nearly made me cry.
But thank God for the Scottish people - what an inspiration!!! Turning out in their millions they've given me renewed hope, as has the sight of Westminster's three main Parties sweaty attempts to lovebomb Scotland to keep us together. What's so exciting, regardless of whether or not Scotland gains independence, is that the Referendum has brought the possibility for change to all of us in the UK who want a political system based on equality and social justice rather than the Market, cash for access and the Finance Sector. Scotland has reminded the rest of us of the power of each man or woman's vote. Once the count is over, maybe England will start asking more of Westminster. Just imagine how accountable you'd have to be if England woke up to that power the way Scotland has. Wouldn't it be fabulous if 97% of the English population registered too and engaged with the political debate? You guys would have no time for tennis then.
Yours etc,"
Posted by Bern O'Donoghue at 23:18 No comments: