... that quite a few of us, from ALL sectors of society, are concerned about how the Conservative led Coalition intends to cut the deficit. 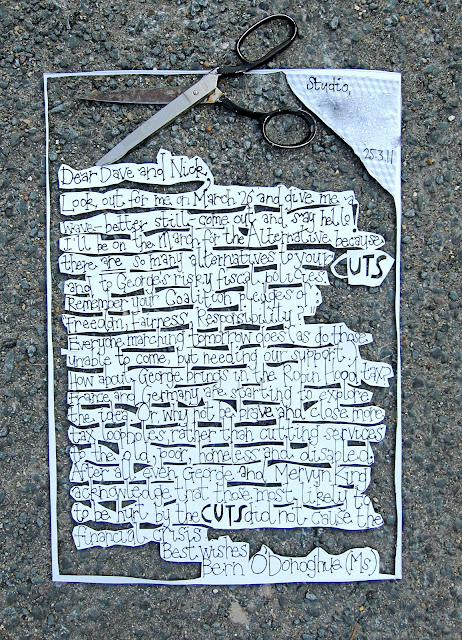 If you know of anyone who's in two minds about coming on the March for the Alternative tomorrow, remind them that most of us will get old and have an increasing need of the NHS; any one of us can get sick, lose our job, become mentally ill, homeless.  Every one of them that marches with us this weekend will play an important part in standing up for a fair and just society for all, regardless of income, ability or postcode. Stay safe and enjoy your day.
Posted by Bern O'Donoghue at 15:09 No comments:

Did you know that George and Dave were furious about the banks in 2009? FURIOUS! They were very unhappy with the way the Labour Government had dealt with the financial crisis and went as far as laying out how the Conservatives would change, regulate and and control the banks if they were given the opportunity: 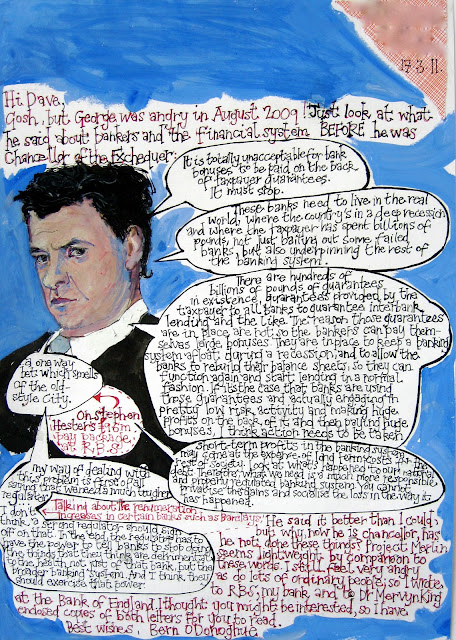 Well, now they have that opportunity and George has negotiated for us the feeble Project Merlin (which the banks read as a red light to award themselves bonuses once more, even as they make a loss), I'm feeling a bit disappointed.
It is right that international news is currently foremost and domestic issues take a back seat, though we should remain aware that the banking bonus season seems to be slipping past with the feeling of a done deal. I don't think we should accept that and so I wrote to Brian Hartzer, head of Retail Banking at NatWest, where I have held an account for many years: 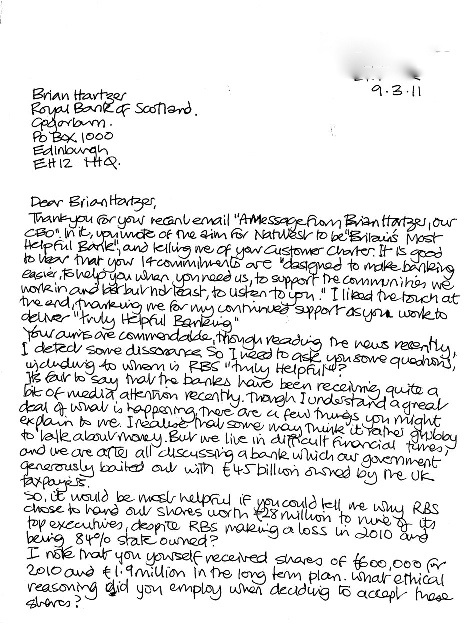 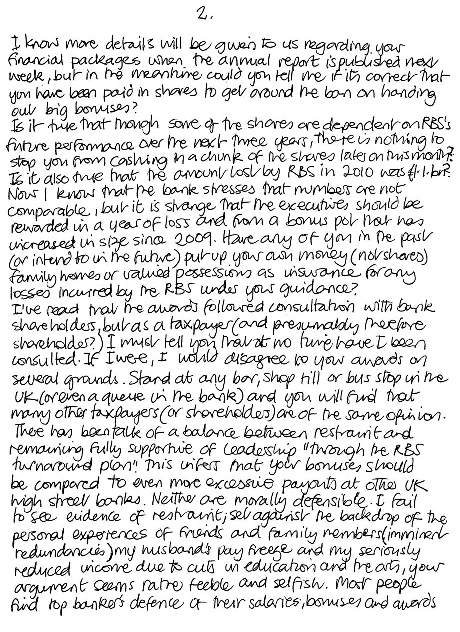 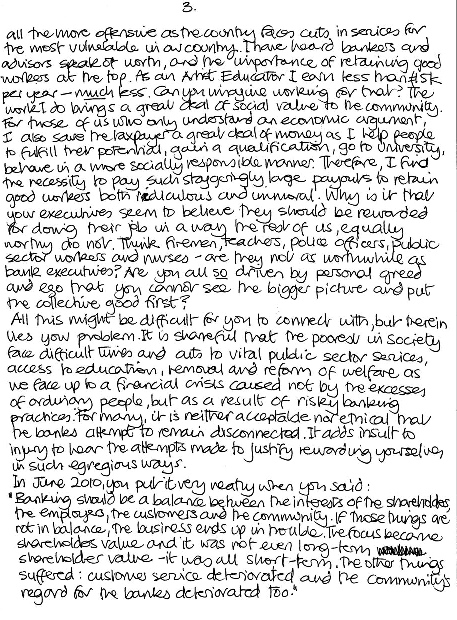 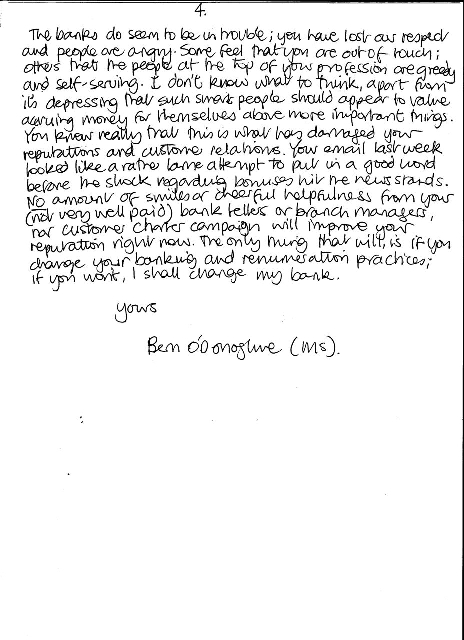 The papers reported that Mervyn King agreed the public should feel angry about bailed out banks and inflated salaries. We do. He said he was surprised that public anger wasn't greater. I think people are really angry but there's a sense that someone else should change the system. Because I believe we are all part of the system and so we have to be part of the solution, I wrote to Mervyn too: 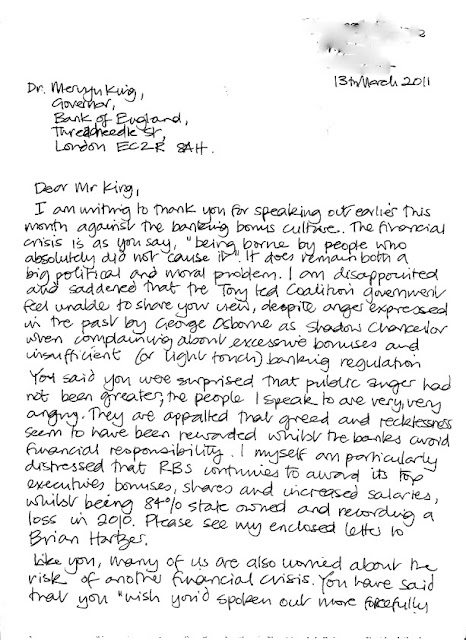 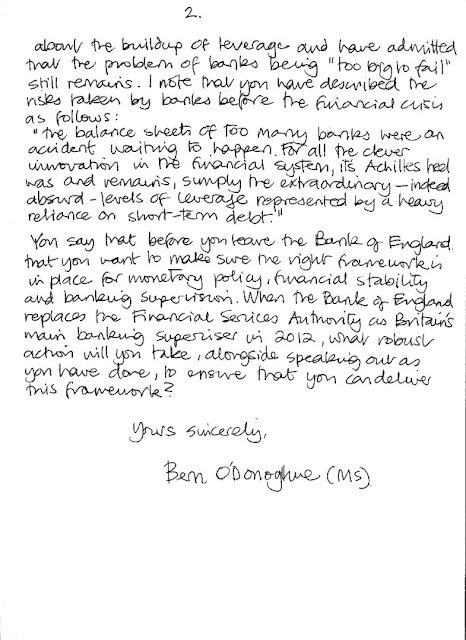 When banks seem unable or unwilling to control their excesses legislation is obviously the way to go, but we all have to play our part in holding the banks to account. When added together, co-ordinated changes by individuals can cause big shifts. Banks rely on customers being creatures of habit. In a busy life, it seems too much of a faff to challenge or even change your bank, even if there is more principled/ ethical alternative, right? Maybe, maybe not - I'm going to find out more and get back to you on that one and when I do, I'll be telling Dave, George and my bank about it. And I'm pleased to say I'm not alone; my very reasonable mild mannered partner, also outraged by the bonuses, has written to head office and set in motion plans to move from RBS too.
Posted by Bern O'Donoghue at 14:38 No comments: