Letter 37: "Women's" disaffection with the Coalition is not rocket science Dave

The leaked memo that was circulating the media yesterday showed that though the  Government is starting to see the impact of their economic plans, they don't understand why this should be so. The unpalatable truth for the Coalition is that women's (and men's) disaffection with the Coalition has less to do with gender and more to do with the impact of Plan A. No amount of blue sky thinking or spin is going to make a silk purse out of the current economic problems - it's insulting to everyone to suggest otherwise.
You can read the IFS report mentioned in yesterdays letter here 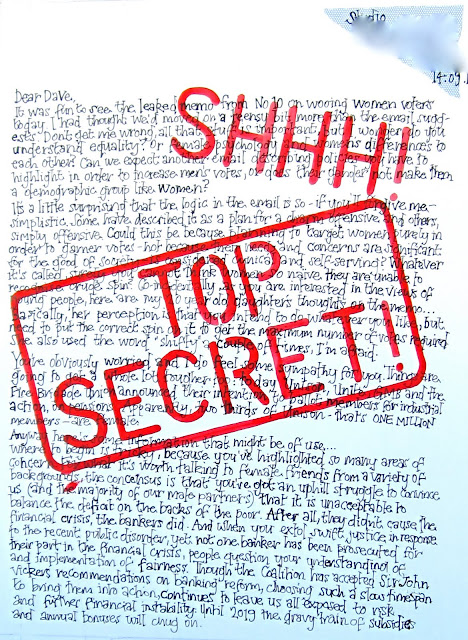 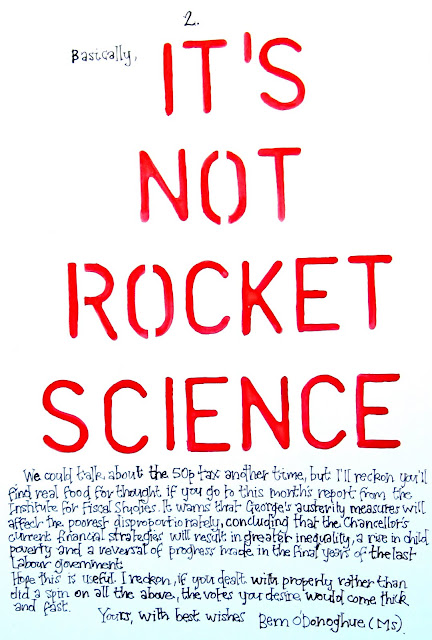 "Dear Dave,
It was fun to see the leaked memo from No 10 wooing women voters today. I had thought we'd moved on a teensy bit more than the email suggests. Don't get me wrong all that stuff is important, but I wonder if you understand equality? Or female psychology and women's differences to each other? Can we expect another email describing policies that you have to highlight in order to increase men's vote, or does their gender not make them a demographic group like women?
It's a little surprising that the logic in the email is so - if you'll forgive me - simplistic. Some have described it as a plan for a charm offensive and others, simply offensive. Could this be because planning to target women purely in order to garner votes - not because their needs and concerns are significant for the good of society is considered cynical and self serving? Whatever it's called, surely you cannot think women so naive they are unable to recognise crude spin? Co-incidentally as you are interested in the views of young people, here are my 20 year-old daughter's thoughts on the memo...
Basically, her perception is that you intend to do whatever you like, but need to put the correct spin on it to get the maximum number of votes required. She also used the word "shifty" a couple of times, I'm afraid.
You're obviously worried and I do feel some sympathy for you. Things are going to get a whole lot tougher too: today Unison, Unite, GMB and the Fire Brigade Union announced their intention to ballot their members for industrial action, on pensions. Apparently, two thirds of Unison that's ONE MILLION members - are female.
Anyway, here's some information that might be of use...
Where to begin is tricky, because you've highlighted so many areas of concern. For what it's worth, talking to female friends from a variety of backgrounds, the consensus is that you've got an uphill struggle to convince us (and the majority of our male partners) that it is acceptable to balance the deficit on the backs of the poor. After all, they didn't cause the financial crisis, the bankers did. And when you extol swift justice to the recent public disorder, yet not one banker has been prosecuted for their part in the financial crisis, people question your understanding and implementation of fairness. Though the Coalition has accepted Sir John Vickers recommendations on banking reform, choosing such a slow timespan to bring them into action, continues to leave us exposed to risk and further financial instability. Till 2019 the gravy rain of subsidies and annual bonuses will chug on.

2. Basically, IT'S NOT ROCKET SCIENCE. We could talk about the 50p tax another time, but I reckon you'l find real food for thought if you go to this month's report form the Institute for Fiscal Studies. It warns that George's austerity  measures will affect the poorest disproportionately, concluding that the Chancellor's current financial strategies will result in greater inequality, a rise in child poverty and a reversal of progress made in the final years of the last Labour government.
Hope this is useful. I reckon, if you dealt with properly, rather did a spin on all the above, the votes you desire would come thick and fast.
Yours, etc"
Posted by Bern O'Donoghue at 09:55 No comments: Links to this post 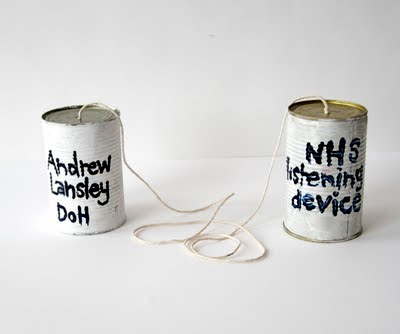 Check here for more info....
Posted by Bern O'Donoghue at 15:21 No comments: Links to this post

Letter 36:Andrew, Dave and Nick - no thanks, I don't want your McNHS

If ever there was a day when Parliament let us down it was today, when the Health Bill cleared it's Commons stages. Selling the NHS for private profit is wrong. Tomorrow, the fight continues to save the NHS. Let's hope there's more people with a conscience in the House of Lords to join it. 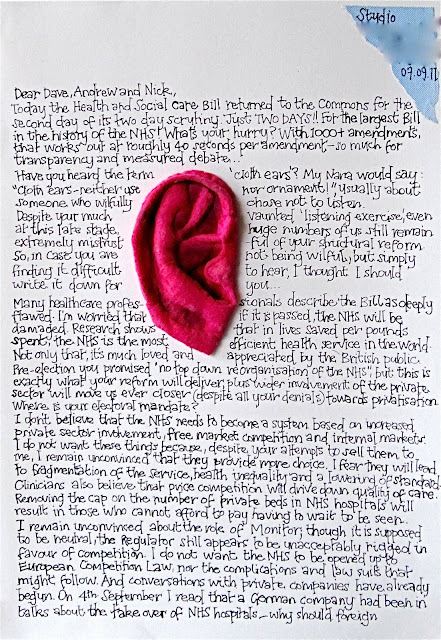 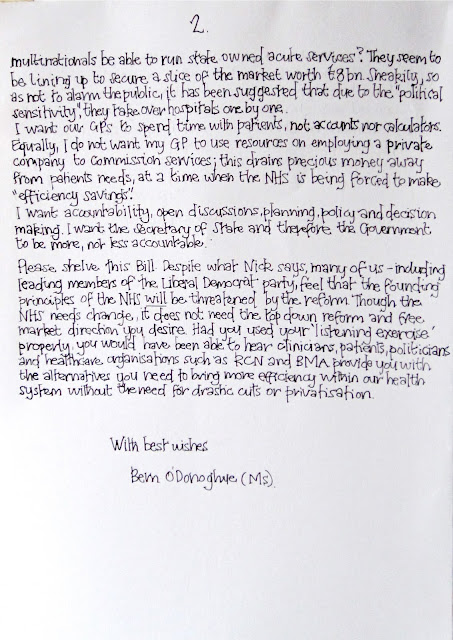 Posted by Bern O'Donoghue at 21:53 5 comments: Links to this post

Response from Earl Howe to my NHS birthday card

This letter arrived at the studio a couple of weeks ago, thought you might like to read it and then adopt a Lord  - let them know how you feel about the NHS Reform Bill , it all helps. 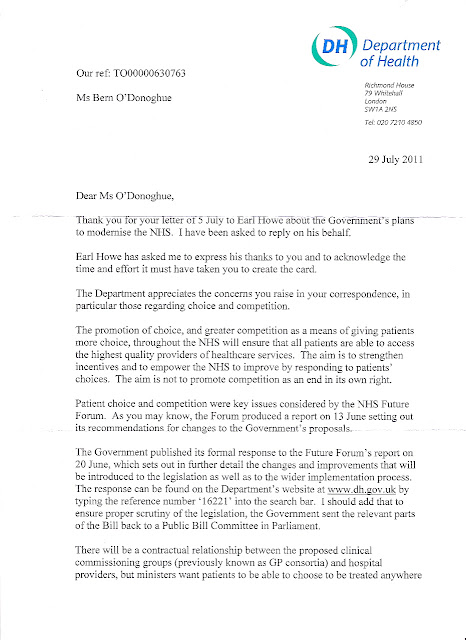 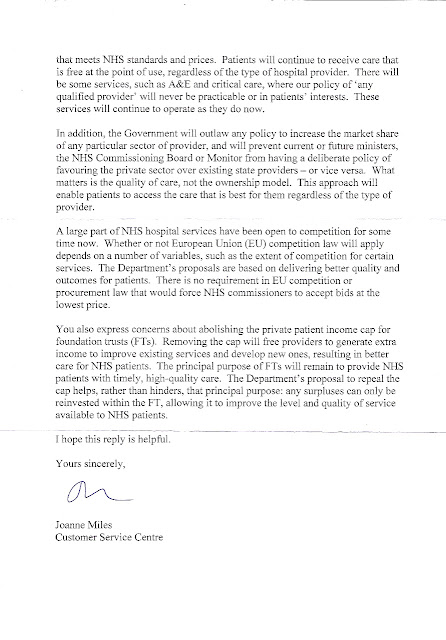 Posted by Bern O'Donoghue at 10:13 No comments: Links to this post