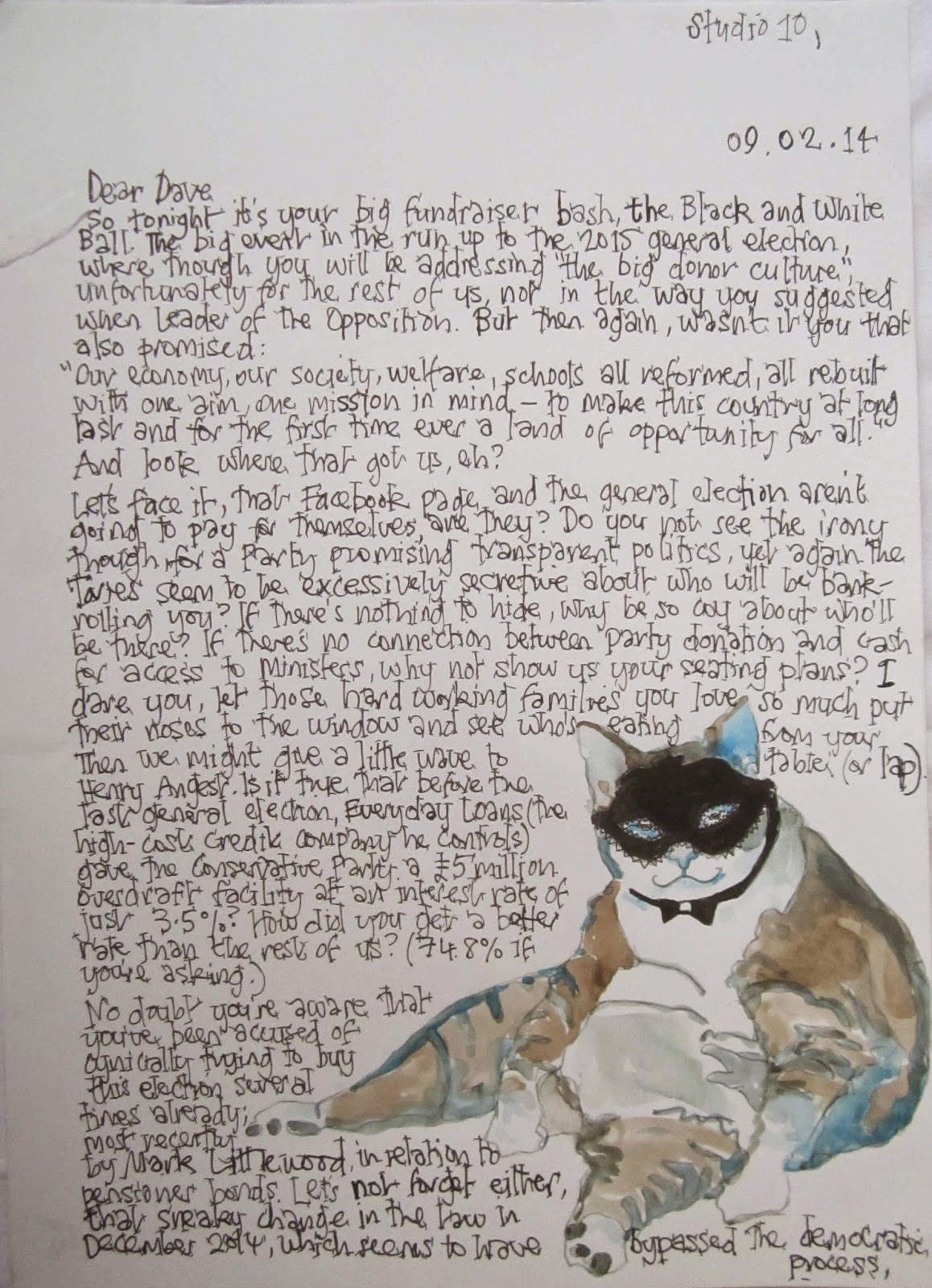 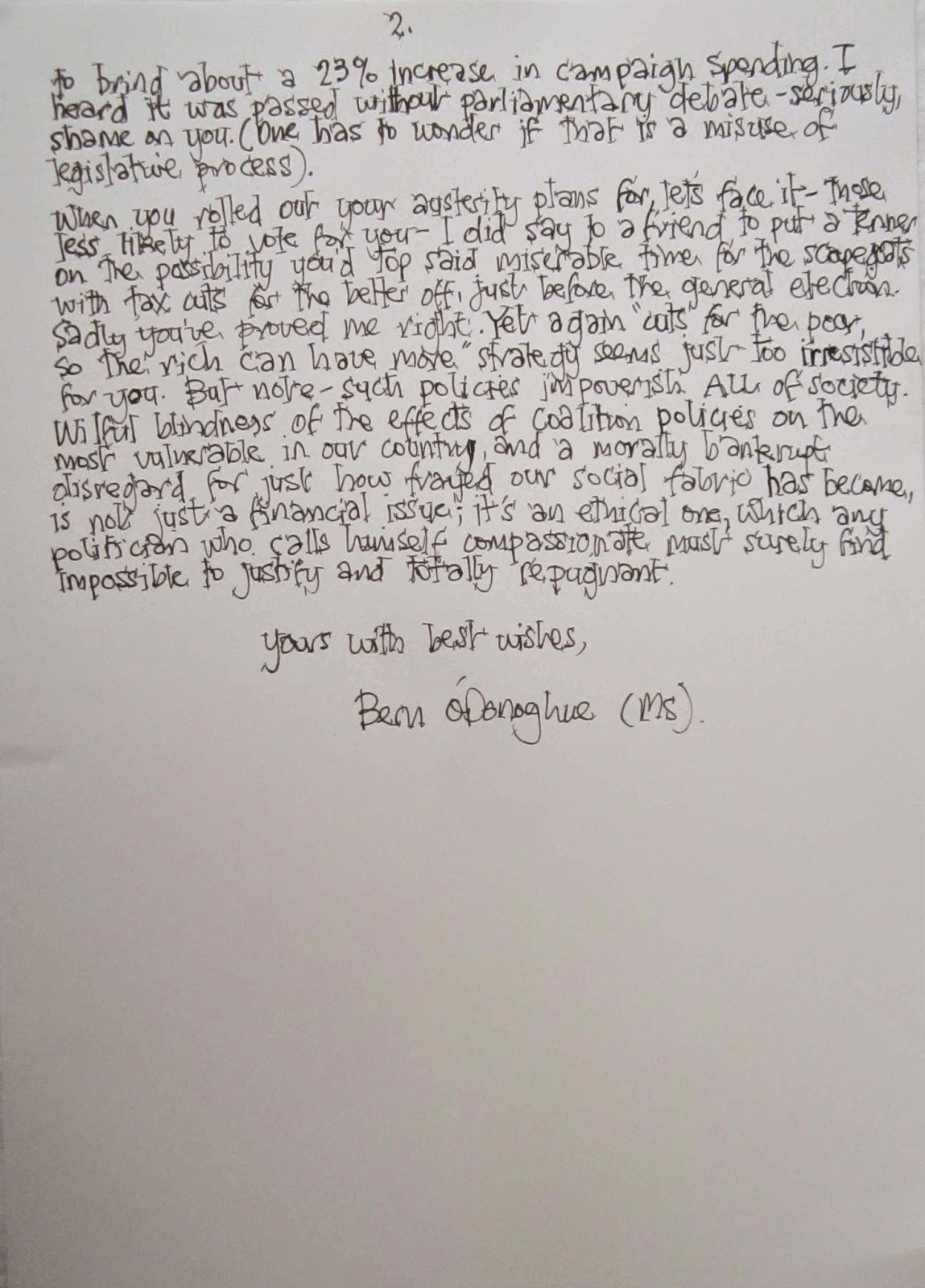 "Dear Dave,
So tonight it's your big fundraiser bash, the Black and White Ball. The big event in the run up to the 2015 general election, where though you will be addressing 'the big donor culture', unfortunately for the rest of us, not in the way you suggested when Leader of the Opposition. But then again, wasn't it you that also promised:

"Our economy, our society, welfare, schools all reformed, all rebuilt with one aim, one mission in mind - to make this country at long last and for the first time ever a land of opportunity for all"
And look where that's got us eh?

Let's face it, that Facebook page and the 2015 election aren't going to pay for themselves, are they? Do you not see the irony though, for a Party promising transparent politics, yet again the Tories seem to be excessively secretive about who will be bankrolling you? If there's nothing to hide, why be so coy about who'll be there? If there's no connection between Party donation and cash for access to Ministers, why not show us your seating plans? I dare you,  let those hard working families you love so much put their noses to the window and see who's eating from your table (or lap). Then we might give a little wave to Henry Angest. Is it true that before the last general election Everyday Loans, (the high-cost credit company he controls) gave the Conservative Party a £5 million overdraft facility at an interest rate of just 3.5%. How did you get a better rate than the rest of us? (74.8% if you're asking)

No doubt you're aware that you've been accused of cynically trying to buy the election several times already, most recently by Mark Littlewood in relation to pensioner bonds. Let's not forget either, that sneaky change in the law in December 2014, which seems to have bypassed the democratic process, to bring about a 23% increase in campaign spending. I heard it was passed without parliamentary debate - seriously, shame on you. (One has to wonder if that's a misuse of the legislative process).

When you rolled out your austerity plans for, let's face it - those less likely to vote for you, I did say to a friend to put a tenner on the possibility you'd top said miserable time for the scapegoats with tax cuts for the better off, just before the General Election. Sadly, you've proved me right. Yet again, "cuts for the poor, so the rich can have more" strategy seems just too irresistible to you. But note - such policies impoverish ALL of society. Wilful blindness of the effects of Coalition policy on the most vulnerable in our country and a morally bankrupt disregard for just how frayed our social fabric has become is not just a financial issue; it's an ethical one, which any politician who calls himself compassionate must surely find impossible to justify and totally repugnant.