Letter 138: Lynton & the SpAds think the PM's not up to GE15 televised debates 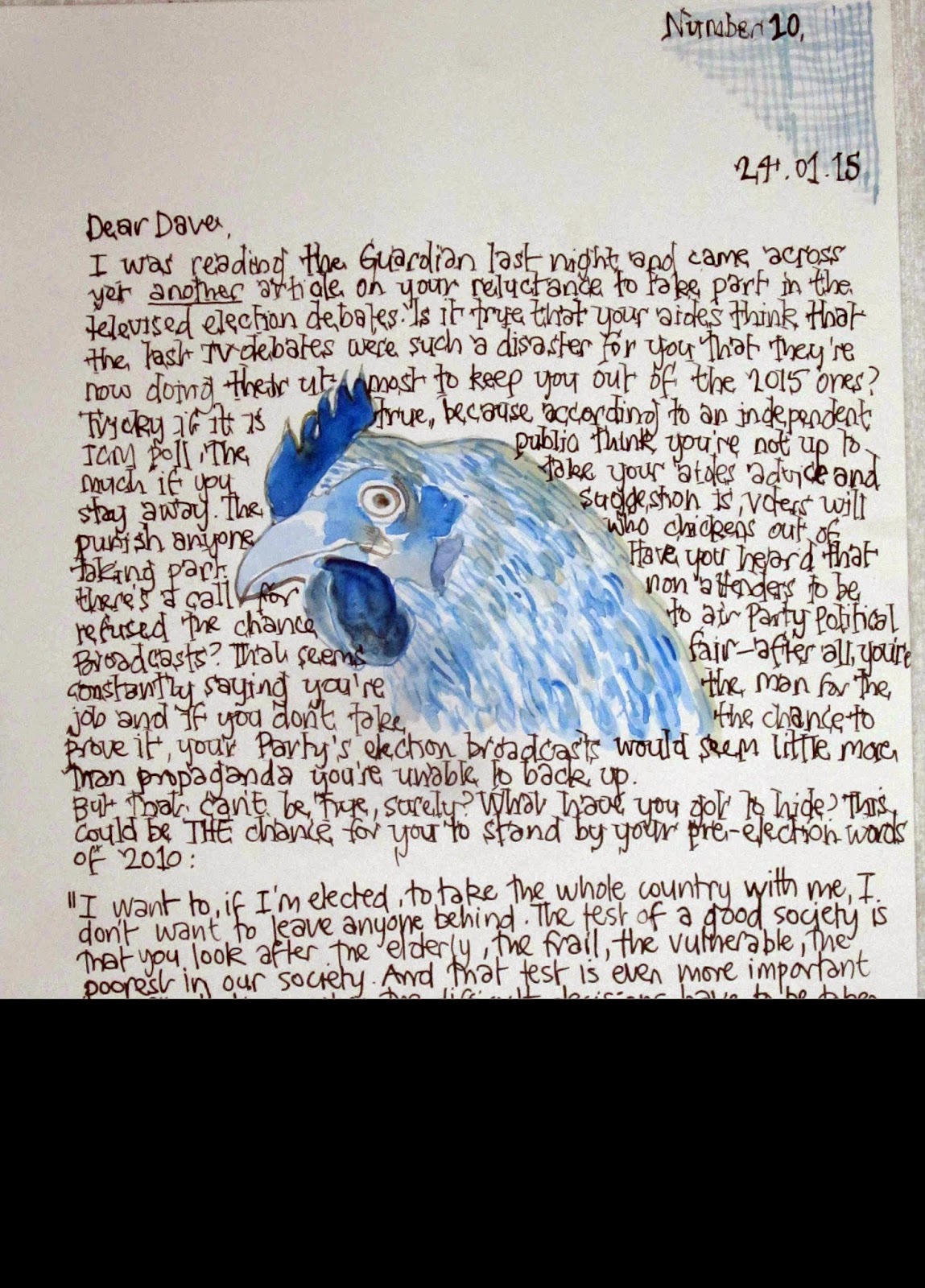 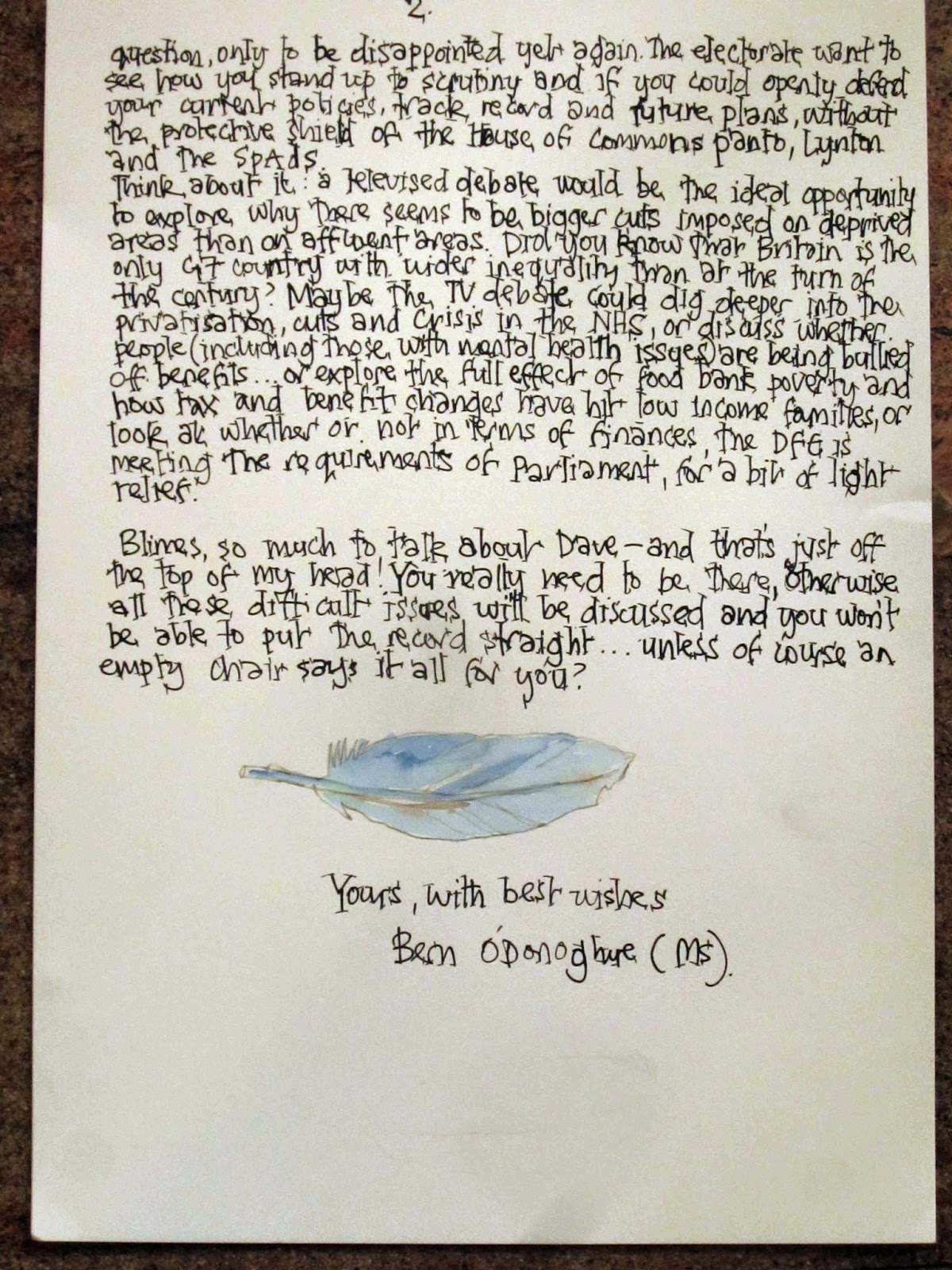 'Dear Dave,
I was reading the Guardian last night and came across yet another article on your reluctance to take part in the televised election debates. Is it true that your aides think that the last tv debates were such a disaster for you they're now doing their utmost to keep you out of the 2015 ones? Tricky if it is true, because according to an independent ICM poll, the public think you're not up to much if you take your aides advice and stay away. The suggestion is, voters will punish anyone who chickens out of taking part. Have you heard that there's a call for non attenders to be refused the chance to air party political broadcasts? That seems fair - after all, you're constantly saying you're the man for the job and if you don't take the chance to prove it, your Party's election broadcasts would seem little more than propaganda you're unable to back up.

But that can't be true surely? What have you got to hide? This could be THE chance for you to stand by your pre election words of 2010:

"I want to, if I'm elected, take the whole country with me, I don't want to leave anyone behind. The test of a good society is that you look after the elderly, the frail, the vulnerable, the poorest in our society. And that test is even more important in difficult times, when the difficult decisions have to be taken, that it is in better times."

Some have said that you might be too far outside your comfort zone. After all, PMQs is such a different kettle of fish; backbenchers behind you, cheering on the appearance of Flashman whenever a difficult issue surfaces, while week after week so many voters tune in, craving a direct answer to a direct question only to be disappointed. The electorate want to see how you stand up to scrutiny and if you could openly defend your current policies and future plans without the protective shield of the House of Commons panto, Lynton and the SpAds.
Think about it: a televised debate would be the ideal opportunity to explore why there seem to be bigger cuts imposed on deprived areas than affluent areas. Did you know that Britain is the only G7 country with wider inequality than at the turn of the century? Maybe the TV debate could dig deeper into the privatisation , cuts and crisis in the NHS , or discuss whether people (including those with mental health issues) are being bullied off benefits... or explore the full effect of food bank poverty and how tax and benefit changes have hit low income families, or look at whether or not in terms of finances, the DfE is meeting the requirements of Parliament  for a bit of light relief.

Blimes, so much to talk about Dave - and that's just off the top of my head! You really ought to be there - otherwise all these difficult issues will be discussed and you won't be able to put the record straight... Unless of course an empty chair says it all for you?