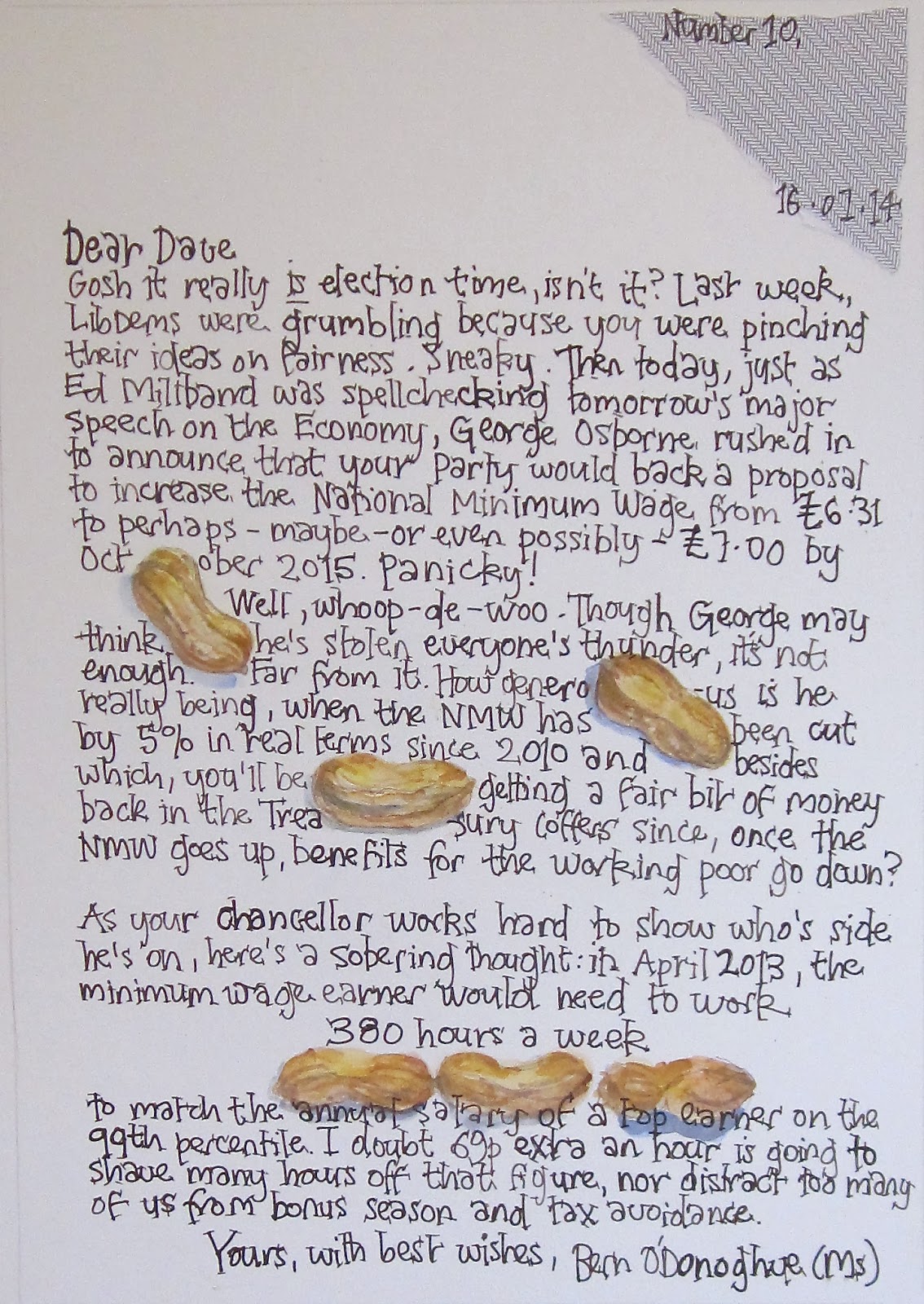 Dear Dave
Gosh it really IS election time isn't it? Last week, LibDems were grumbling because you seemed keen to nick their ideas on fairness. Sneaky. Then today just as Ed Miliband was spellchecking tomorrow's major speech on the Economy, George Osborne rushed in to announce that your Party would back a proposal to increase in the National Minimum Wage from £6.31 to perhaps, maybe, or even possibly, £7 by October 2015.

Well, whoop-de-woo. Though George may think he's stolen everyone's thunder, it's not enough. Far from it. How generous is he really being, when the NMW has been cut by 5% in real terms since 2010 and besides, you'll end up getting a fair bit of that money back into Treasury coffers since, once the NMW goes up, benefits for the working poor go down?

As your Chancellor works hard to show who's side he's on, here's a sobering thought: in April 2013, a minimum wage earner would need to work 380 hours a week to match the annual salary of a top earner on the 99th percentile. I doubt 69p extra an hour is going to shave many hours off that figure, nor distract too many of us from bonus season and tax avoidance.